Our Artist Spotlight series aims to create a space for discovery of new, budding global talent, while simultaneously offering you an exclusive glimpse into their creative process.

In this week’s edition, we’re extremely excited to feature Elodie, an alternative folk singer raised in NYC, whose impressive vocals have earned her the much-deserved comparison to that of John Mayer!

“I always wish I had a cool coming-of-age origin story, but I don’t really. I listened to a lot of music growing up because my parents are into everything. I grew up hearing everything from classic rock to hip-hop to disco." -Elodie

Despite her adamancy that her musical “origin story” isn’t necessarily as cool as she would’ve hoped, the addictive authenticity and relatability of guitarist and vocalist, Elodie, not only inspires her thousands of followers, but her own emergence into her success as a musician parallels that of many other artists.

Born and raised in New York City to a family of non-musicians, Elodie explains the foreign excitement she felt when she first began expressing herself musically in her youth: “Since there aren’t any musicians in my immediate family, it was sort of fun trying to make sense of all that and deciding what exactly I wanted to play once I picked up a guitar.”

Elodie was able to devote years of personal experimentation and development into making “sense” of what she wanted to play due to her fascination with music beginning at the tender age of only 12-years-old. Naturally, her relationship with guitar soon developed, and she began including the signature folk vocals she is now known for.

Elodie is currently attending Berklee College of Music, where she began writing her own original music.

"Higher than the Rain”, Elodie’s debut single, was released in December 2018. “Motion Sickness”, the lead single from her upcoming EP “Things That Are Broken”, was released in March 2019. Both songs are available on all major online music platforms. The EP will be available at the beginning of the fall.

When it comes to her music, Elodie values lyrical honesty and creating a connection between the instrumental and vocal melodies. Her music is based in the indie-folk genre with influences from related genres such as alternative rock and pop.

YouthMundus was lucky enough to be able to sit down with Elodie to pick her brain about her origins as a musician, her own inspirations, and any advice she has for upcoming artists.

"Writing about personal topics is rewarding. It’s amazing to see how everyone can relate to it differently. Sometimes people misinterpret my lyrics, but that can be fun to hear about, because it shows how the same words mean different things to everyone." -Elodie 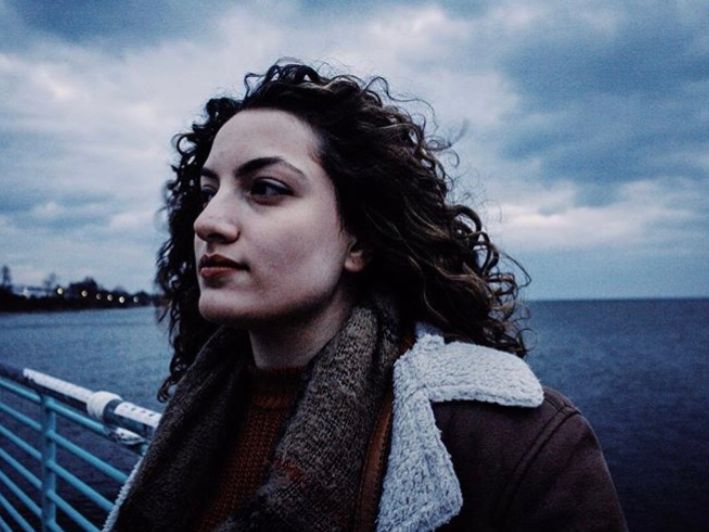 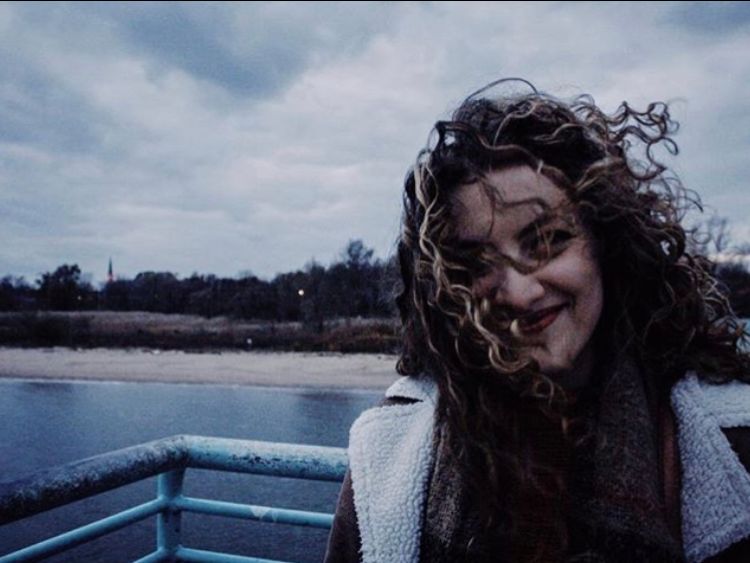 What inspires you and your creative process? Like most artists, I try to find inspiration in everything. As I continue on my path of growth as a musician, it’s becoming a lot easier to see the connection between the arts and everyday life. I carry around a “song seed” journal in case I see or hear something that inspires a song idea. It could be from anything- a conversation I overheard, a newspaper headline, a text message, or a random thought that occurred to me. Sometimes I’ll get a little melody line in my head too!

Songwriting definitely becomes easier the more I do it. That’s something I never realized was real, and I think a lot of people don’t either. I used to think that songwriting was an ability you “had” or didn’t. I figured that since I couldn’t easily write a song, I just wasn’t born with that ability. I’m actually pretty mad that I was stuck in that mindset for a while because it prevented me from even attempting to tap into that aspect of my creativity.

I almost always pull inspiration for songs from the world around me, but I turn to myself to develop that initial idea. I’m an emotional person, but it’s often really hard for me to express that side of myself in day-to-day conversation. So it’s liberating to feel so expressive while I’m writing songs.

If I pick a certain topic or scenario I want to write about, it’s usually something that triggered an intense emotional response. I’ll give an example. Let’s say someone I trusted went and said something about me behind my back. The feeling that situation stimulates might give me a little song idea, like a lyrical hook. From there, I can take a look at all the things I’m feeling at once. In this case, I’m probably:

Sad because I lost trust in this person, Angry because I can’t control what people do or say, Relieved that I found out the truth about this person, Thinking introspectively about the kinds of people I befriend and whether or not I need to reevaluate this process. Now I can choose one of those feelings and, yay, a song topic! I sometimes have to be careful not to put too many ideas into one song, which is hard when you’re feeling a lot of things at once

What is the connection between your music and social justice? Why?

I consider most of my music to be indie-folk or folk-rock, mostly because of the lyrical flow and the instrumentation. Both of these genres have a little bit of a reputation for being political, mostly in a reactionary way. However, I tend to write about issues that are more personal. I’m definitely very opinionated and I have strong viewpoints about a lot of social justice topics. For this reason, I don’t bring this into my music. I care a lot about world issues, and like I said, I have strong opinions about them, but I don’t want people to associate any of it with my artistic identity. Politics make people angry and divided. I’m outspoken enough in conversation, so I never felt the need to project my opinions musically.

There’s not a lot of room for interpretation with broader topics, like political issues. The lyrics almost always make your point obvious, and once the listener knows what you’re talking about, that’s the only interpretation they will have. I’m not against political music at all, but sometimes I would rather read a news article and call it a day.

What inspired you to pursue music? What were the challenges you overcame in this? It’s a challenge trying to relate certain styles to the acoustic guitar sometimes. We study a lot of jazz at Berklee, and sometimes I feel like it sounds kind of clunky on an acoustic guitar, especially when I’m playing through chord progressions. But that forces me to experiment with different chord voicings and rhythmic interpretations. Basically, if you view everything as a challenge instead of an obstacle, you can’t lose. That’s how I’m staying afloat.

Being a woman in the music world can be pretty tough, too, especially as an instrumentalist. I can’t tell you how many auditions I’ve been at where I’ve been asked what I’m singing, do I need a mic, and so on. I understand that there’s a certain assumption that comes with walking into an audition as a girl with an acoustic guitar. And it’s nobody’s fault for assuming anything. Especially since I sing a lot, it makes sense that people would think I’m a vocalist primarily. But when I’m like, “Hey, I actually play guitar,” and then I start passing you instrumental sheet music, you should believe me. It’s the doubt that drives me crazy. People are like, “really?” as if I’m gonna say not really, and I just carry my guitar around as a fashion accessory.

I’ve never felt any harsh discrimination. However, I walk into every room knowing that not everyone has very high expectations for me. Some professors will go easy on female students and hold them to a different standard. So it’s up to me to hold myself to the standard I deserve, and work just as hard as everyone else to go beyond it.

What’s been the most rewarding part of being an artist for you? Do you have any advice for future musicians?

Being an artist connects you to other people on a unspoken emotional level. It connects you to yourself and gives you a channel to express a lot of energy that you might not have noticed otherwise. I really enjoy the introversion that’s present in moments like practicing, songwriting, or even performing by myself. But being in the studio with my team, being at rehearsal with my band, going to other people’s shows- those are the moments where you realize why you’re doing the things you do.

"Music, like all kinds of art, is about the process of creation. The end product is just like a fun bonus at the end, at least for me. I have such a great time in the studio and at rehearsals, so sometimes I have to remind myself that I am going to get a physical product at the end of the process. Right now I’m working on my debut EP! I wouldn’t trade the process for the world." -Elodie

All in all, surround yourself in people who believe in you. You need a support system that will encourage you to tap into your strengths, and be honest enough to tell you and offer help when you’re not at your best. If you’re having trouble finding those people, be that person for yourself. Ultimately, you know yourself better than anyone. It’s a rough industry. If you fall into habits of self-pity and doubt, you have to be the first one to recognize it and overcome it.

Whenever you’re struggling, always remember what brought you to your art. That’s really what it’s about. Everything else is just an elaboration. Listen to all the genres and artists you can, write all the assignments you must, experiment with all the theory you learn, consider all the things people teach you. Then take all that stuff and relate it to your personal journey. Find a way to make use of everything you learn.

Thank you for your continuous support and love,