Good afternoon, YouthMundees! At YouthMundus, we aim to not only be a platform for music, film and global change, but for the artists and global changemakers who create them. Our Artist Spotlight series aims to create a space for discovery of new, budding global talent, while simultaneously offering you an exclusive glimpse into their creative process.  In this week’s edition, we’re extremely ecstatic to feature Giorgia Valenti, an emerging actor, dancer, singer, and model based out of New York City! 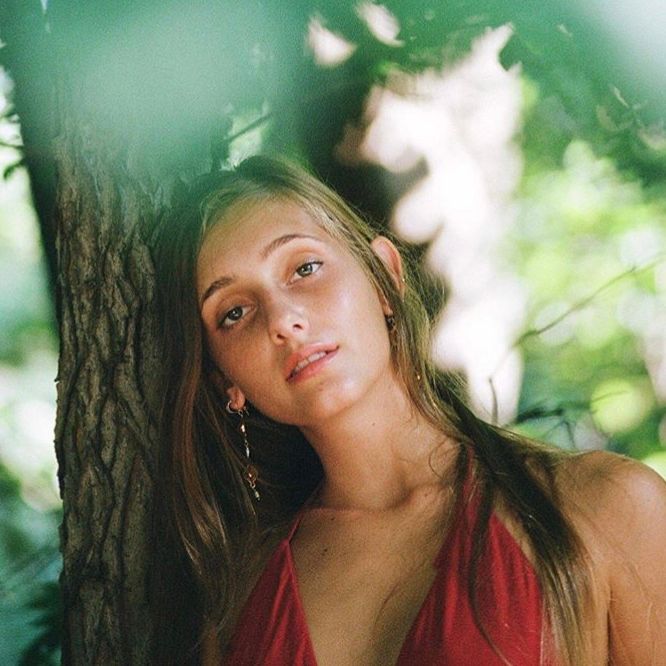 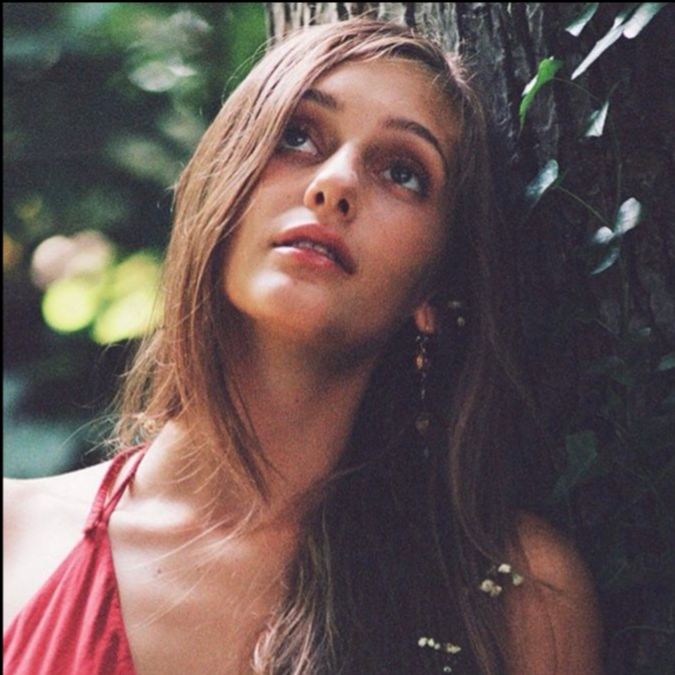 Though her professional career in theatre began in New York City, Giorgia Valenti’s long relationship with the arts is first and foremost, global: “My first approach to art was through dance when I was only a little child in Italy. At the gym De Ferrari of Treviso I discovered my talent and passion for dance and movement. Life took me by surprise however and at the age of ten, my family and I moved to Bangalore, India. Here I chased my passion for dance, trying to assimilate into another culture, other people and other ways of going about movement in general.”

It was in India where Giorgia first made her debut in cinema: “I was twelve when I starred in Teenage, a local Sandalwood movie, led by the youngest director in the world: Kishan Shrikant. However, dancing and acting for film did not satisfy my thirst for art, so I threw myself into modeling at the age of fourteen, and I worked with Prasad Pidaba’s agency for about four years. Around the same time I started my first introduction to acting training at The Bangalore School of Speech and Drama, with a wonderful teacher and director Dr. Zulfia Shaikh. Naturally with all this, I longed to take my under-the-shower-singing to the stage, so I also attended several musical theater singing classes throughout high school.”

However, though her upbringing was checkered with artistic opportunities, Giorgia explains her first “real full-time journey with acting training started at NYU’s Tisch School of the Arts.”

Upon arriving in the intimidating New York City, Giorgia once again found herself having to acclimate to a completely different reality than what she was used to.However, with the aid of her creative support system, Giorgia was allowed to explore and enrich her craft: “NYU did its job well - the Mesiner Acting technique was exactly what I needed to understand what real acting was all about. I had wonderful teachers such as Nate Flower, Victoria Hart, Gigi Buffignton and Shanga Parker who, through scenes, movement classes, voice coaching and, of all things, clown exercises, taught me not only how to develop my work, but how to become a better version of myself.

However, even at NYU, Giorgia’s craft led her to another familiar corner of the world: Florence: “I connected with my roots and learnt Commedia dell’Arte with Jim Calder.” Giorgia’s ambition to improve her craft led her into the creative capabilities of another acting studio at NYU: “I proceeded to challenge myself at the Experimental Theater Wing where I had new teachers who showed me how to approach the work in a complete different way - expanding my understanding of how one can go about their art and especially encouraging me to create my own work for the first time.” Even now, Giorgia continues to improve her craft as a senior, studying Method Acting at the Lee Strasberg Theatre & Film Institute. “What can I say,” Giorgia smiled, “I never settle in one place!”

What inspires you and your creative process?

I get really inspired by watching good art. Whether it be a painting, or a person (people are art), or a movie or a play. The art that I like feeds my own and pushes me to create and to push myself to feed my curiosity. Indulging my curiosity for people, for art, for animals, for the behaviour of children, for the movements of nature, by observing and taking in everything around me.Also, I like to stimulate my imagination by writing or reading or dancing and never waste a minute of my time in a studio (especially if working with outstanding teachers).  What is the connection between your art and social justice?

Though I feel very strongly about many causes,  I think the most recurring one I address in my work is the injustice of abuse against women and girls. Perhaps it’s because I saw and experienced a lot of it in India; and I saw the differences in gender cultures between the US, Europe and Asia; so I’ve had a lot of time to think about it. I also felt a lot of this abuse, shame and labels on my own skin and I just cannot contain myself when speaking about this subject. The objectification and injustices that women have to go through SHOULD NOT EXIST - I despise how it has become so normalized and is repeatedly shown on TV, art, theater, and commonly consumed media as if it was okay. It is NOT normal, it is NOT okay!

I want to put stories on stage in any form possible that express this burning passion of mine. But I would never want to do it in a direct, in the nose way; but in one that is going to be relatable to everyone in a very real and genuine way. What inspired you to pursue acting and drama? What were the challenges you overcame in this?

My career officially started when I was cast in a local Kannada Indian movie. I was twelve years old and was one of the main female lead in Teenage, which was released locally in the cinemas of Karnataka in India. This was my first real experience on a film set. I learnt about the long waiting hours, the early call times and the long talks with the hair and makeup crew.

I proceeded to launch my modelling career at the age of fourteen by winning the Mega Model Hunt Runway winner in Bangalore. I work with Prasad Bidapa Model agency for several years after: this work gave me a lot of confidence on set as well as, unfortunately, some body image issues. Then I fell into theater as I moved to high school and college.

My acting training began and I fell head over heels in love with theater and with how much it was helping me mature and discover my mental illnesses. This, of course, helped me a lot with my acting technique and knowledge in general. However, throughout college, I have also been doing a lot of short films with my friends such as Ripples in Still Water written by Jared Chinigo where I had to deal with extreme emotion on set for the very first time and therefore began to learn how to time myself and my character process before my shot. This particular short got accepted in multiple Film Festivals, such as the New York Film Festival, The International Cutting Room Film Festival and the International Amsterdam Film Festival, which was really rewarding.

The latest short I was in, which was written by Alek Beaudoin, was one I both choreographed and acted in.. In this project we had to audition for a male lead, which was very challenging, and had two days of intense shooting where I filmed a complicated dance piece for the first time.

Lastly, I was in the short comedy For the Right Reasons written by my dear friend Liana Soneclear where I got to play a very fun character and discover that I love to do comedy as well!. Although I think that the biggest and most consistent challenge with my artistic work is always my body issues and the labels that come along with my presence; but lately I have also come across the challenges of working with your friends.

After having created my Theater Company with three of my wonderful friends, we are all extremely stimulated in creating work but at the same time learning what it feels like to really communicate in a creative workspace. What’s been the most rewarding part of being an artist for you? Do you have any advice for future artists? I think all the parts of being an artist are rewarding. I don’t mean to sound cliche or cheesy, but after thinking about it a lot, I really cannot narrow anything down. I feel rewarded every time I know the artistry I practice in the studios is leading me to create things that make me fully expressive. It is so satisfying when I feel like my acting comes from honest impulses and when I allow myself to trust the work. But not only is the process of training, creating and performing extremely magical; but also the part when you get responses from your peers, the audience or your teachers. I believe that what I would tell young actors would be that you should surround yourself with the people you want to work with truly; friends whose art you really respect and who have something to teach you. They are the only ones who will really understand you when you fail and try to get yourself up.

Do you have any advice on how we can do our part in supporting emerging international artists like you? Come see our shows! Et Alia Theater is my company made up of international women and artists. Show interest and support us on social media and through our grants. We are extremely open to collaborating with others and to take in other people’s work or anyone who would like to help us in any way. Just contact us! I would also say that sometimes be aware of international artists in the room when indulging in conversations on artistry and try to give them more space to express themselves.

🎭 Are you as inspired by Giorgia as we are? 🎭

Et Alia Theater is currently rolling with a lot of upcoming events. The first one is On How To Be A Monster by one of our Co-Artistic Directors Maria Müller!

John, Clara, Ron, Lara, Don, Tara, Sean and Sarah are four couples who like to discuss important issues such as global warming, planned parenthood or starvation in Africa. Or do they? They might have more urgent things going on. Some might say they’re in competition, but they would surely disagree with that, because they’re very good friends! Halfway through the night, Tara disappears. Will they find her? And what is that sound, anyway? PERFORMANCES Saturday, February 22nd @ 3pm Monday, February 24th @ 9:30pm  Tuesday, February 25th @ 9:30pm  Tickets: $15 available at https://thetanknyc.org Or on their Facebook page, Website and Instagram!

Thank you for your continuous support and kindness. Lots of love, #Team IVA Interview by conducted & written by Veronica Velez